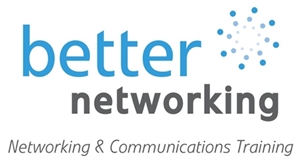 Tracy Heatley has been running  BoB Clubs North West networking groups, in the North West of England, since 2007.

Tracy is a business match maker, who thrives on connecting business people to win new business.   There's nothing more rewarding, for Tracy, than knowing her BoB Club members are getting referrals and winning new business.

People are registering their places now to claim their exclusive business category at this new networking group, so if you're interested in networking in Oldham, get in touch with Tracy now via the website or call her on 0781276946.

Better Networking does exactly what it says on the tin. It helps you to become better at networking.

You will get out of networking what you put into it, and it only works if you do.  Getting it right from the start will save you wasting time and help you get a financial return on your investment in networking.

Whether you're joining a networking group or you're networking on an adhoc basis at open networking events, the skills that Tracy will transfer to you, will help you understand yourself better than you ever thought possible, and make sure that you thrive in any networking environment.

Training is available online or face-to-face with bespoke, one-to-one or group workshops available.

Tracy, who has been a radio presenter since 2017, has own weekly business radio show, on Real Life Radio.

Mind Your Own Business is a popular business show,  that was the brainchild of Tracy Heatley.  She interviews business owners and delivers into their business to get to know the people behind the brands.

You will learn what sets some people aside from others, what inspires these success business owners, their success stories and what makes them tick.  You'll also get to listen to a few of their favourite songs.

You can listen live online between 7-8pm, every Tuesday, or listen back on her Better Networking Radio Page.

Fellow Of The Chartered Instittue Of Marketing