Go back to the profile of James Morrison 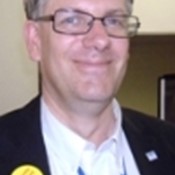 To Whom It May Concern

Morrison Renewables
I am pleased to give this testimonial for Morrison Renewables.
James Morrison visited my property last September to inspect my radiators.
It was fascinating and frightening to see the infra-red images that clearly showed the heat distribution within each radiator. They revealed a bridge shaped area of hot water over a grey area of cold sediment that was clogging up the system.
Naturally I got James to come back the next day and power flush my heating system.
The process was thorough and time consuming - fully cleaning the radiators, the pipes and the tank until the water passing through the system was clean enough to drink - but the end result was infra-red pictures showing that the radiators were clear of silt and other contaminants.
Whilst the cost of a full day of James’ time was high I can now report, six months on, that each monthly gas bill since James carried out his work has been between 10 and 15 percent lower than last year.
I consider this money well spent in terms of the long-term cost savings, increased heating efficiency and protection to the boiler system.
Therefore, I am happy to recommend James Morrison of Morrison Renewables.

James is a bundle of enthusiasm and passion for what he does so well on a day to day basis. He's very reliable and punctual and always arrives with a big smile on his face

Attracted to Morrison Plumbers on a Google search at a time of need, when our boiler had failed, we were very pleased at the prompt response and next day visit by James Morrison. His 'old school' approach to addressing the issues necessary to rectify the faults with our central heating system without the need to replace the boiler was a great relief. His experience and contacts ensured that we had a manufacturers service to the boiler and a power flush to our system executed by James himself. We are left with a boiler running smoothly and radiators that have never offered as much heat as they do today in living memory.

Drawing upon his experience, he is currently advising us on further thermostatic improvements that we might choose to make to our system and additionally advising us about the possibility of installing heating panels in the roof of our Church sanctuary. We are more than satisfied with the service we have received and will doubtless draw upon the knowledge and experience of James in the future.

The fault wasn’t initially clear but with an Electrician systematically checked the various components, finding the room thermostat to be the culprit

I understand you worked on the installation of the system of which a “magic box” and voltage optimiser were part, some five years ago.

Your knowledge of the system certainly helped identify the fault. Again many thanks

by Michael from Michael Taylor

Whilst our boiler had been regularly serviced, the entire radiator and pipework system had not been cleaned out for many years (if ever). Consequently, there was a build-up of silt in the radiators which was significantly reducing their efficiency as demonstrated by the IR camera photos.
James visited our property to complete a power flush. The process was very thorough and took several hours to complete. By the end the entire system had been purged of silt and the water was even clean enough to drink (before the inhibitor was added that is!).
James also replaced the radiator valves as the existing ones had seized over the years and this limited our ability to control individual radiators. Being an old house with some quirky plumbing this process took a little time, but James stuck at it and completed the job in a very thorough and professional manner, maintaining a cheerful disposition despite encountering some ‘old house’ challenges!
At the time of writing it is the hottest day of the year so we have had little chance to test the system to its full capacity yet, but I am confident that by the Autumn we will be feeling the benefits of the power flush and new valves both in additional heat and in our pockets.

by Julian Ford from InXpress

Go back to the profile of James Morrison